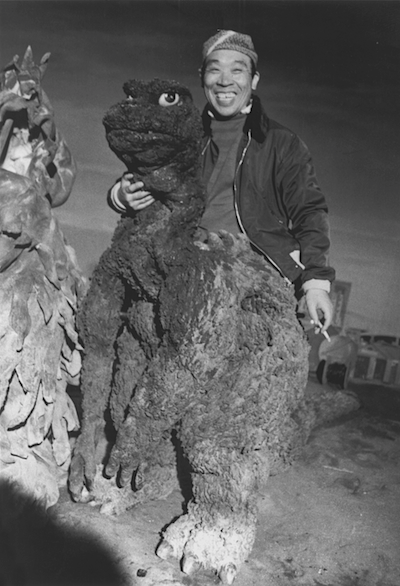 Haruo Nakajima, the man inside the original Godzilla (and many other classic monsters like Mothra, Rodan, King Kong, and various Ultraman baddies) passed away on Monday August 7th, 2017. He was one of the best and bravest performers in film history, bringing to life one of the most iconic and beloved characters of the last century.

Nakajima was a founding figure in the genre, having played Godzilla for the first twelve consecutive films.  Nakajima imbued rubber suit monsters with an impossible amount of emotion, personality, and humanity.  He didn’t just endure the hellish conditions inside the kaiju suits (more often than not at risk of drowning, asphyxiation, and/or burns from pyrotechnics), he thrived, using his expertise to coach his fellow suit actors and choreograph the creature brawls that have thrilled audiences all over the world.  He was The Man of a Thousand Monsters, and he’s directly responsible for some of the coolest shit to ever happen in cinema.

Fans from all over the world have stepped up and shared their favorite Nakajima stories, pictures, and tributes online, so I’ve collected some personal favorites here. Click through to check them out!

If you’re a monster movie nerd like me you my have already seen this behind the scenes pic of Nakajima wearing the kaiju-pants around the set of Gojira: 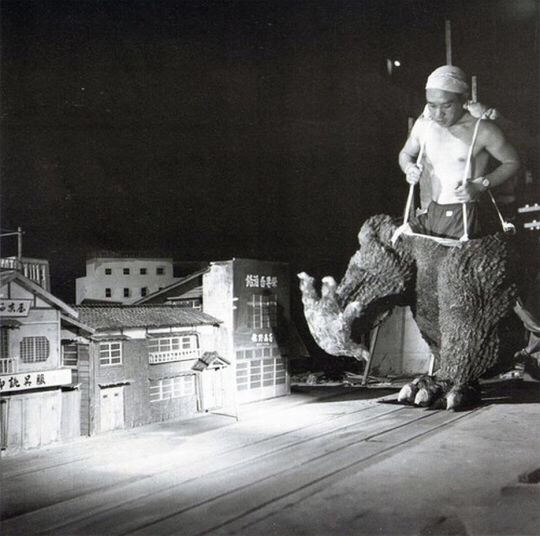 Artist felix-ip did a really cool piece of art re-creating it: 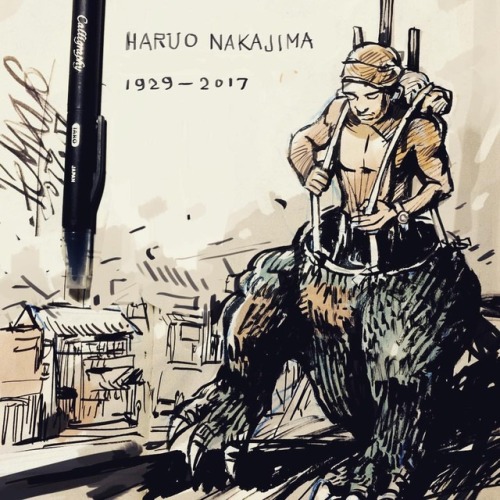 Friend of the blog and all-around cool person Ted Johnson had a great write-up/pictorial about the late Nakajima, including an eye-opening list of his tokusatsu roles in and out of monster suits:

STRONGLY agree with that last sentiment.  It’s weird going down the list because I honestly never thought to look for the dude in human roles.  Nakajima played one of the most famous fictional characters of all time, but the nature of the part always allowed him a certain level of peaceful anonymity.  I have to imagine the dude constantly had a major shit-eating/”I’ve got a secret!” grin on his face whenever he went out to buy groceries or whatever. 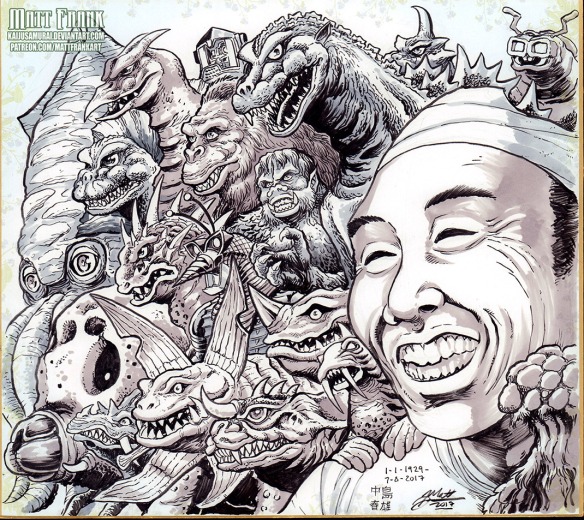 Speaking of comics, artist Ansis Purins shared the cool Nakajima bio-comic they did in 2002. It succinctly covers the actor’s early life, how he developed the character, and went on to become the name in Suitmation for Toho.  Here’s a sample:

And according to “lead” actor Akira Takarada (in a story shared by prolific kaiju blogger Astounding Beyond Belief), everyone but him knew that Nakajima’s Godzilla was the real star all the way back in 1954: 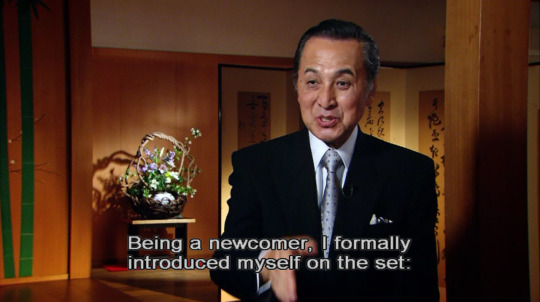 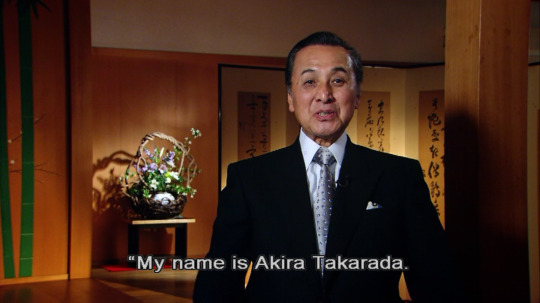 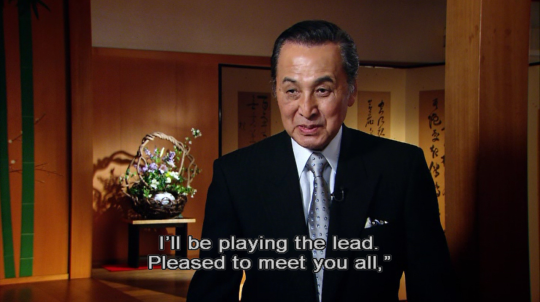 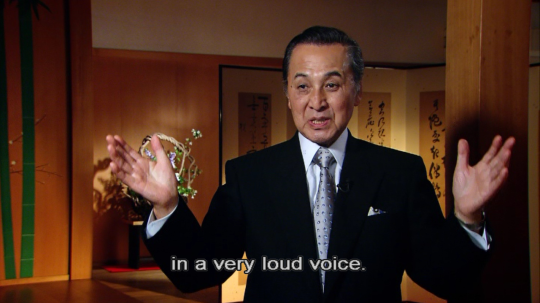 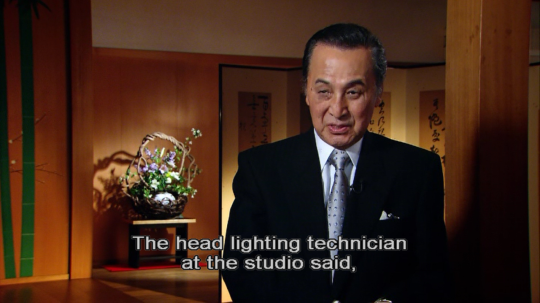 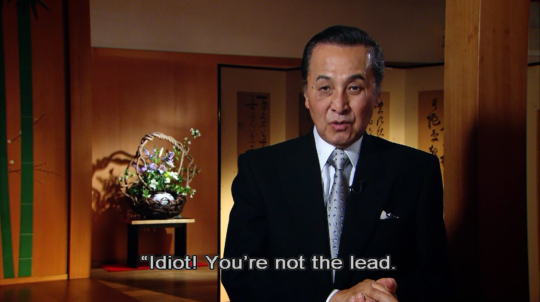 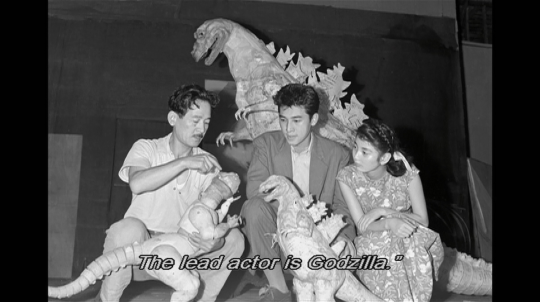 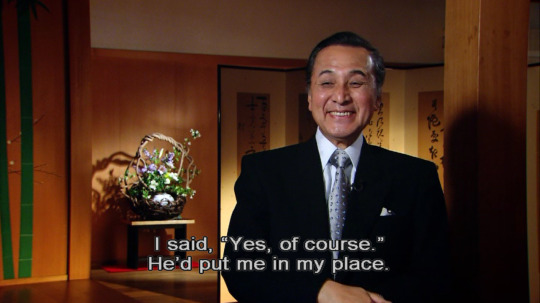 OwlTurd Comix managed to sum up in 6 panels why Nakajima’s Godzilla continues to captivate audiences: 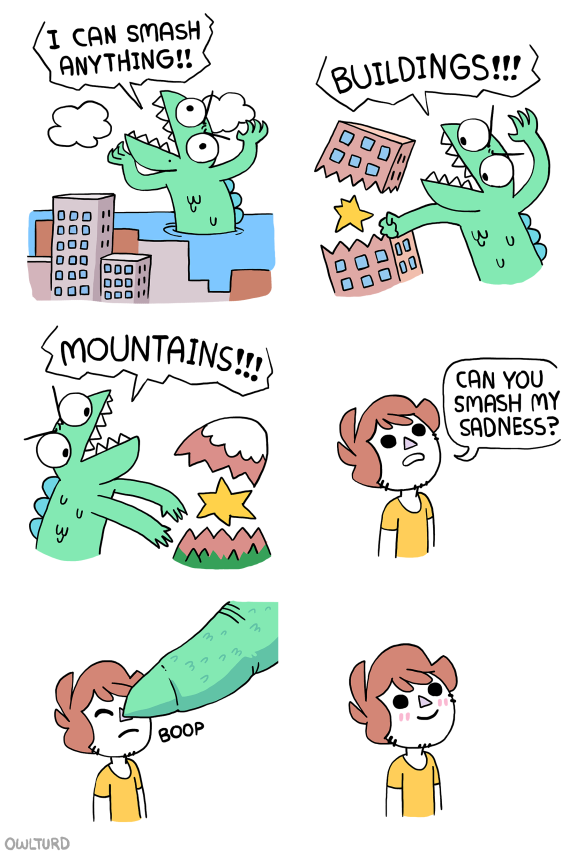 Great Big Story did a terrific piece on Nakajima earlier this year that includes interview segments mixed with charming animated bits.  The whole video is great (and a brisk three and a half minutes), but my favorite part is when he talks about sitting in on the premiere and watching the audience react:

Nakajima hung up his kaiju duds after 1972’s Godzilla vs. Gigan, but he was always proud of his work and happy to meet fans all over the world: he did an incredible amount of traveling to various fan events and sci-fi conventions right up until his death. 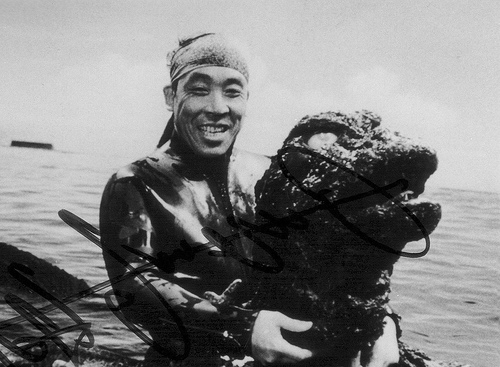 It’s undeniably sad that we’ve lost a cinema legend and genre trailblazer, but considering how hard he worked in such a ridiculously dangerous profession and how much he pushed himself even after retirement, it’s a blessing that we got Nakajima for as long as we did.  The man who lived a Monster Life put it best himself: 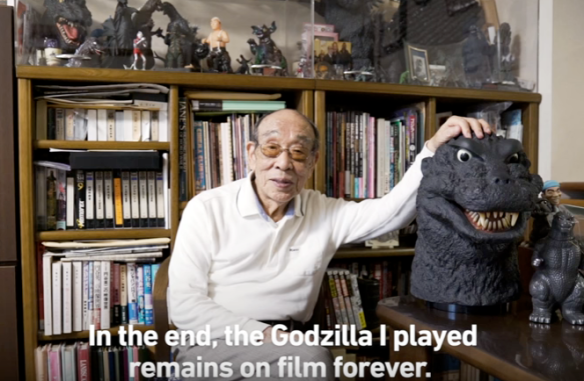 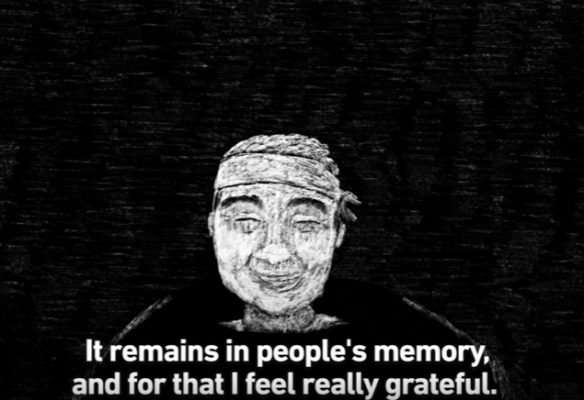 Thank you Mr. Nakajima.  You are missed.