Easter’s come and gone, but in the spirit of the holiday (and spring in general) I just had to review Mothra vs Godzilla.  It hits all the right notes! A pastel-colored stripey egg, themes of birth, death and rebirth, more eggs, a giant pink humanoid rabbit shitting out jelly beans, and tiny singing ladies.  Okay, maybe not those last two. More importantly, MvG is straight up one of the best Godzilla films, and an absolute classic giant creature feature.  It takes the blueprint Toho shakily put down in the previous King Kong vs Godzilla and refines it into the now-standard monster vs. monster formula while perfectly tying together Toho’s two most famous beasts.  It’s also the first Godzilla flick to make it more or less unscathed to the States, with the exception of a schlocky marketing gimmick. Steal the Reese’s eggs out of your loved ones’ Easter baskets and cuddle up with an electrified steel net, because we’re talking about Mothra vs. Godzilla!

END_OF_DOCUMENT_TOKEN_TO_BE_REPLACED

So without a holiday or pop culture fiasco to relate to, I came into February a free man, able to write about any monster movie my secret, greasy heart desires. After months away from the Godzilla franchise I knew I needed to head back that way, but something about Rodan grabbed me first.  Rodan joins up with Godzilla and Mothra Avengers-style after this one anyway, so I figure it’s close enough.

I personally tend to overlook Rodan because it’s sandwiched between Gojira and Mothra and doesn’t have any monster-on-monster action, but that’s a mistake:  this beast is a joy to re-watch, and represents Toho really hitting their stride with kaiju.  It’s their straightest attempt at monster horror, and it’s a blast.  Rodan was the highest-grossing sci-fi movie of its time, and is still one of the most beloved icons in the genre right alongside Mothra and Godzilla. Plus the US version features voicework from everybody’s favorite Star Trek officer turned Facebook super-star George Takei! So burst out of your egg, break the sound barrier, and snack on some newlyweds, because it’s time to go-dan with Rodan!

END_OF_DOCUMENT_TOKEN_TO_BE_REPLACED 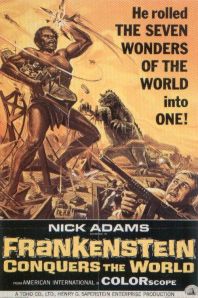 The name of my blog is Monsters Conquer the World, and this month I’m reviewing Frankenstein Conquers the World.  You probably won’t drop your monocle into your brandy in astonishment when I say that Frankenstein Conquers the World is one of my favorite giant monster movies, and with Halloween right around the corner, what better time to talk about this delightfully insane monster mash?  That’s right, in Conquers the World, Toho’s Godzilla team gave The Modern Prometheus the full kaiju treatment: an atomic origin story, gigantic size, a city-wide rampage, and damn it, you better believe they found a way to make him fight a man-eating dinosaur at the end! That plot synopsis might sound like word salad, but director Ishiro Honda, suitmation and special effects guru Eiji Tsubaraya, and everybody else associated with the production play it mostly straight, and the whole thing amazingly comes together.  We’ll talk about that, the Frankenstein monster’s (sort of) lost battle with a gigantic land-octopus, and the movie’s long road from concept to completion, replete with traditional showbiz backstabbing! So dig up a radioactive monster heart to chow on and keep reading!

END_OF_DOCUMENT_TOKEN_TO_BE_REPLACED

Oh boy, here it is.  The big one.  The 1954 horror classic that started it all. Gojira, a horror movie?  Oh yes.  True, Godzilla doesn’t whisk a screaming maiden off into a haunted castle or lurk in the shadows with a machete and an irrational hate for horny teens, but the atmosphere of apocalyptic dread throughout this movie absolutely evokes the kind of life-ending doom you’d get from any traditional thriller.  Gojira didn’t quite invent atomic horror outright, but it’s easily the best example of it.  While other entries in the Godzilla franchise get goofed on for hokey plotlines, hammy or wooden acting, and primitive special effects, the original seems to rise above it all. Others have written whole books on how Toho’s creative dream team brought the iconic monster to life and his impact on the world, so I’ll hit the highlights, compare it to the Americanized cut Godzilla: King of the Monsters, and make some stupid jokes along the way.  Put your sunglasses on over your eyepatch, drop an Oxygen Destroyer in the fish tank, and grab Raymond Burr because I’m talking about Gojira!

END_OF_DOCUMENT_TOKEN_TO_BE_REPLACED 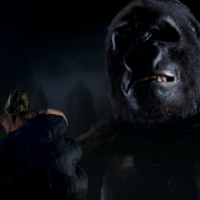 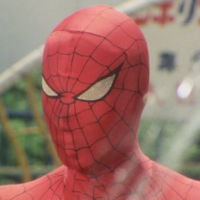